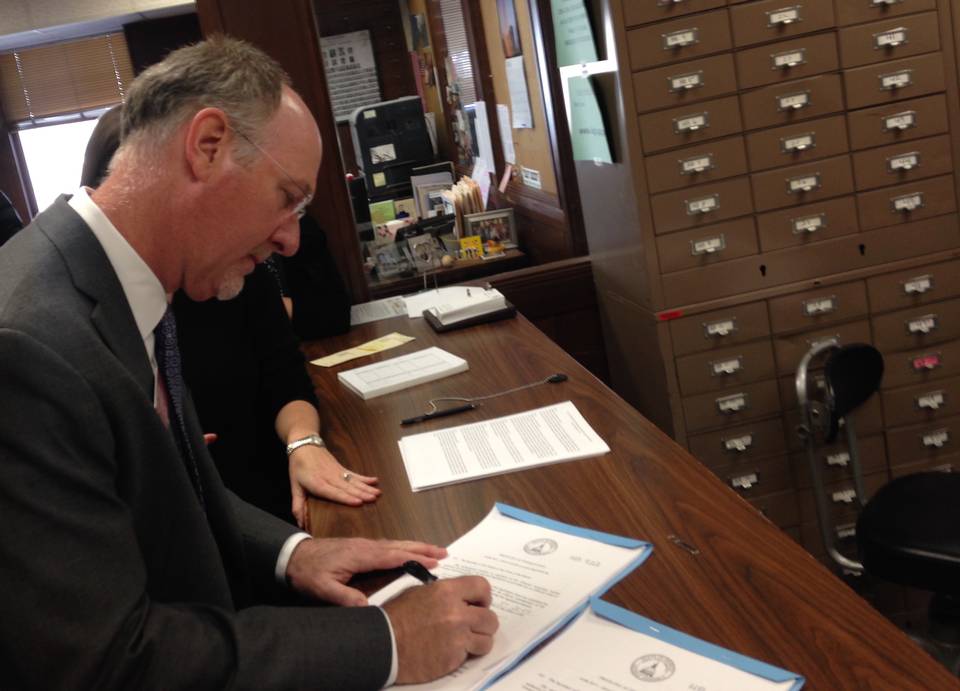 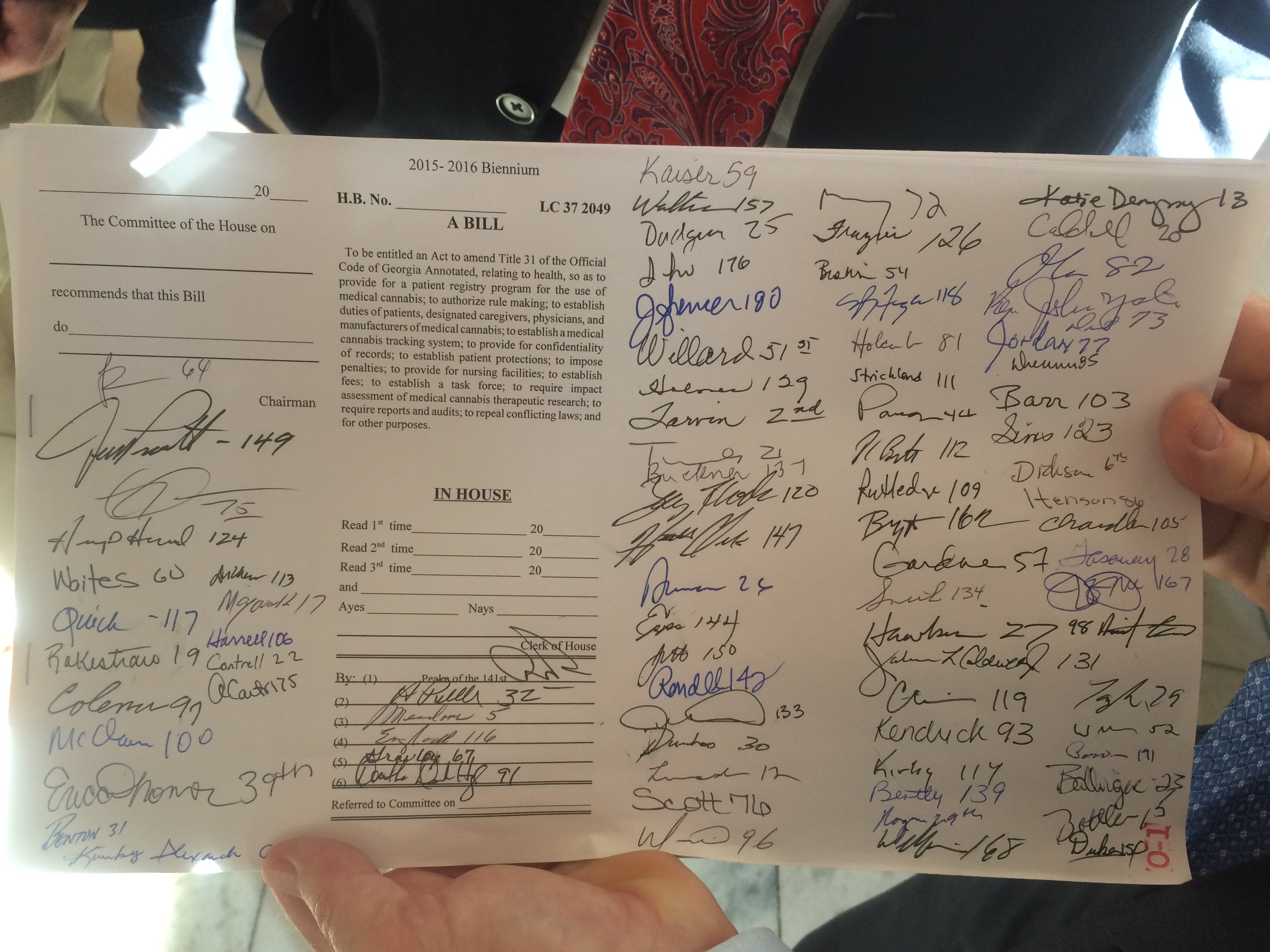 HB 722 was officially filed by Rep. Allen Peake on January 12, 2016 with 108 co-signers in the House (out of 180 members)!   The bill was assigned to the Judiciary Non-Civil committee, but unfortunately was gutted during the committee process so that in-state cultivation was completely removed, mostly due to Gov. Deal’s opposition.   The committee passed the scaled back version of the bill on February 24th and it passed the House 152-8 on February 29th.  The Senate assigned the bill to the Health & Human Services committee which is chaired by Sen. Renee Unterman.  Unfortunately, she refused to allow it to be heard in her committee.   In order to attempt anything to get this bill passed, Rep. Peake attached the HB 722 language that was already approved by the House to SB 145, a bill that passed the Senate last year and was stalled in the House.  SB 145 passed the House Governmental Affairs committee on March 14th.  It should receive a vote in the House on March 24th, the final day of the legislative session.  Then it will be up to Lt. Gov. Cagle and the Republican Senate leadership to decide whether they will allow a vote on the Senate floor, where we feel confident it has the support to pass and would get a signature from Gov. Deal. Below is some helpful information if you’d like to learn more about this year’s legislation: