MY NAME IS ROSE. 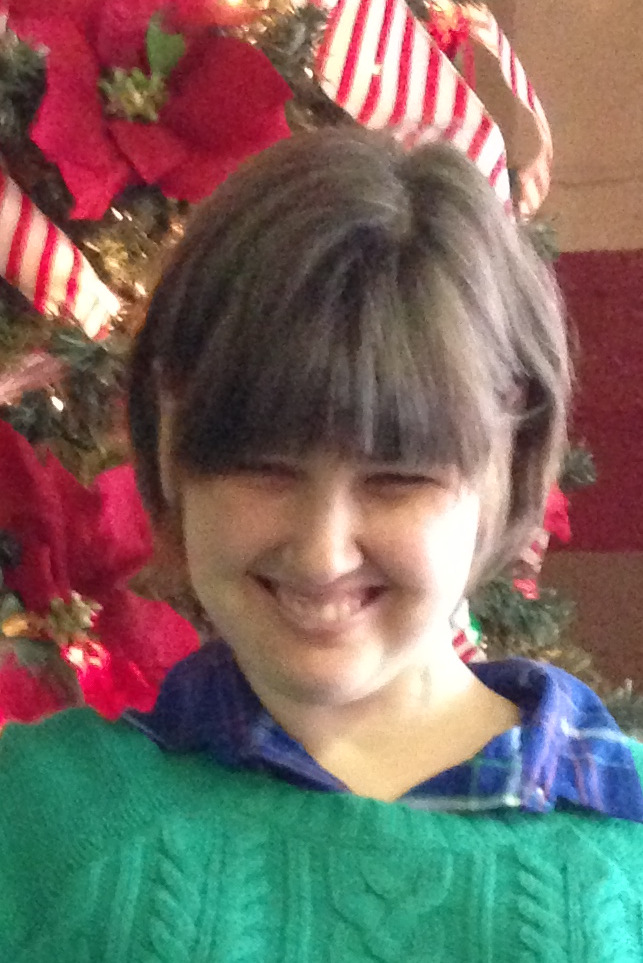 Our daughter Rose is 28 years old. She is beautiful, charming, affectionate, compassionate, and has a laugh that fills up every space she occupies. She also has an intractable seizure disorder.

Although slightly delayed, she met all developmental milestones before age 1. Then she slowly began to fall behind same age peers. None of the differences were outside the range of normal, no pediatricians seemed to be alarmed, so we assumed she was just a little slow and would catch up. One morning when she was 5, Rose came down for breakfast, dazed and clumsy, slurring her words. At the ER, her EEG showed seizure activity. We were told to observe her and reassured that many children have seizures and most grow out of them. The seizures grew more frequent and severe and seemed to change in nature. Medications helped for a while but their efficacy quickly faded. At age 8, she had her first MRI. Rose was diagnosed with Lennox Gastaut Syndrome caused by pachygyria, a congenital defect. It is a thickening of brain tissue that prevents electrical impulses from conducting effectively. Because it is a large bilateral defect, surgery is not a viable option due to the potential for significant collateral damage.

Rose has had a Vagus Nerve Stimulator device for 12 years and it is somewhat effective in aborting one type of her seizures. She has 4 different types. She is currently on 5 different anti-epileptic medications. Including 3 vitamins a day, she takes a total of 196 pills a week. And she still seizes almost every day. Among others, her seizure triggers include fatigue, hunger, laughter, sadness, anxiety, frustration, physical exertion, sunlight, heat, lack of sleep, too much sleep, and excitement of just about any kind. Her intellectual functioning is probably at age 9, with emotional status around age 11. Of course, that means she is in perpetual puberty, which is a challenge in itself.

Rose tries to be engaged in life as much as possible, but seizures and the side effects of medications make that a constant battle. Most recently, the anti-epileptic medication Onfi was added to her regimen. It has helped reduce some of her seizures. Besides making her continually sleepy, it also makes her drool, mumble, talk to herself, and have slow, repetitive conversations that jump from one subject to another without rhyme or reason. When we reported these side effects, we were told that these are the symptoms of someone who is drugged. So we have traded seizures for social incoherency. Gauging quality of life is tricky business.

Rose is a Yahtzee savant and The Lion King is her favorite movie. She keeps a prayer list of others who have needs. She is a very social young woman but opportunities outside the family are extremely limited. As she has matured, she is much more acutely aware of what her life will not include. Although she dreams of hanging out with friends, having a job, being able to drive, being married and having children, she is painfully aware that these life events will not be a reality for her. Her older sister just had a baby and although she is very happy to be an aunt, she is grieving her own loss. Daily she talks about what she would be able to do if she “could just get these things out of my head.” Self-awareness of disability can bring its own devastation.

Rose deserves a chance to discover how full her life could possibly be. If Medical Cannabis was legal in the state of GA, and was as effective for her as it has been for others in decreasing/controlling seizures, the quality of her life would improve exponentially. She would finally have more freedom to develop friendships, participate in physical activity, and pursue vocational and social opportunities. She might be able to go to a movie with a friend, swim in our neighborhood pool, and have the clarity of thought and speech to have a conduct a coherent conversation. The limitations of her life would impact her much less significantly if she could experience the emerging opportunities that fewer seizures and fewer side effects would present.

There is a wide spectrum of children with intractable epilepsy in GA. We are certainly aware that there are many children in Georgia with intractable seizures whose physical conditions are much more critical than Rose’s. Regardless of the types or severities of our children’s seizure disorders, all we really want for our kids is for each of them to have the highest quality of life possible given their circumstances. Medical cannabis has the potential to move us further down that road.