MY NAME IS PRESLEY. 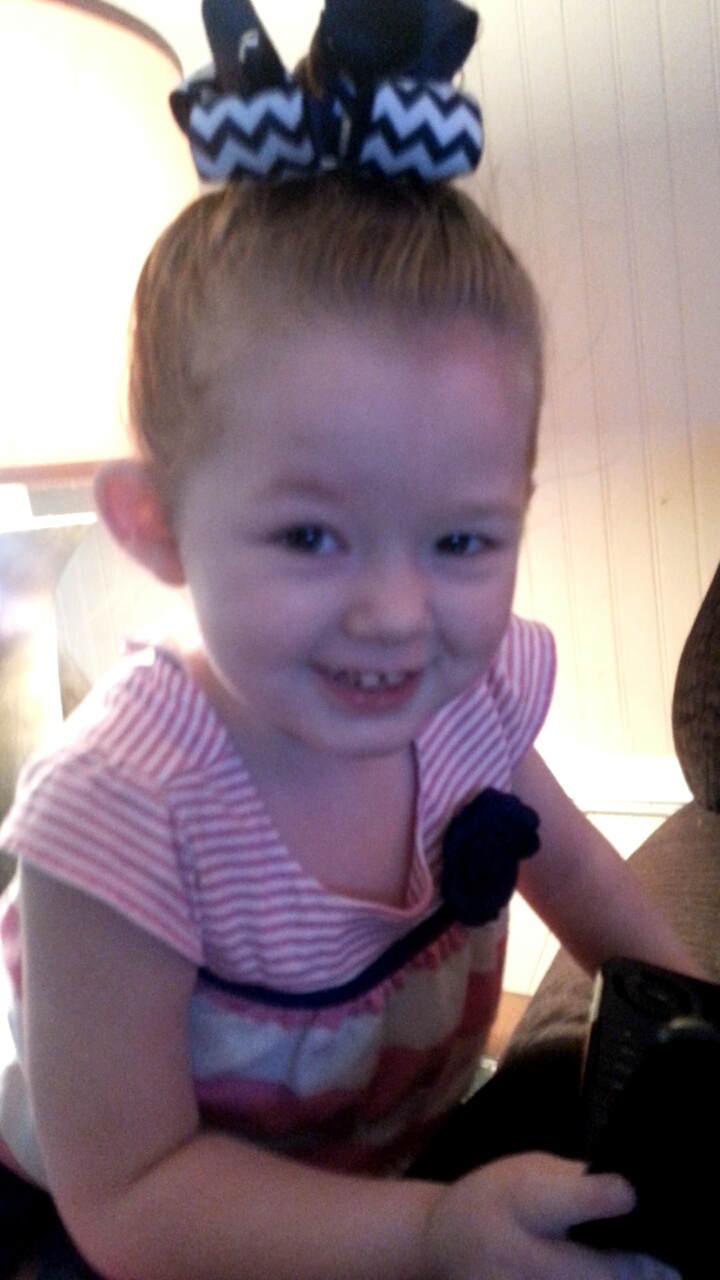 On September 29, 2011 at 4:15 pm we welcomed our beautiful healthy baby girl into this world. It was the happiest day of my life. As a new mom my heart overflowed with love with just one look, she won me over for life. Everything seemed to be fine. About 10 hours after her first set of shots at 2 months old she had her first seizure. It lasted about 10 minutes and we were told it was just a febrile seizure and it was normal for children up to 6 years of age. I definitely didn’t take it to be “normal”. At fours months old Presley had her second seizure this one last 45 minutes and we were shipped to Memorial. Had lots of test done, EEGs, blood work, etc. Sent home saying febrile seizures. (None of it added up considering they only last a few mins and usually are from 6m-6yrs.) Wasn’t two weeks later we were back with not one, not two but three seizures in one day! More tests, spinal tap, another EEG, blood cultures, etc. This time we were sent home on her first medicine, Keppra. Every few weeks Presley was seizing, not 2-5 minutes but from 60 minutes to 4 hours at a time. At six months another medicine was added and genetic testing was sent off. At 9 1/2 months we went to Emory to search for help and answers. After 5 days at Emory with no seizures we were hole two hours Presley went into a TEN hour seizure. She turned blue multiple times before intubation. She stopped breathing and her heart rate was staying in the 200’s. We were flown to Augusta where we stayed for almost two weeks. Genetic testing finally came back and we had an answer. It was not the answer we hoped for and the one we actually wanted the least…Presley has Dravet Syndrome. Her longest stretch without seizures has been 10 weeks but after turning two so many new seizure types arrived as well as triggers. She no longer can go outside or to our local grocery store. She’s extremely sensitive to light. As soon as she walks outside, eye flutters/myoclonic seizures begin. Same thing happens in places with open windows or florescent lights. Patterns have also become a problem. For example, our carpet now affects her. She’s not able to regulate her body temperature. Her average temp is 99. When she is active it will jump up, so breaks are a must for her.

This is just a little piece of Presley’s last three years of life. She is currently on four different medicines morning and night to help control her seizures, but it does nothing. She has myos daily and status seizures every few weeks. She deserves to live. She misses out on so much. I truly believe with all my heart cannabis will help her have a better quality of life and give back so much that has been taken from her.

She was late crawling and walking but has it down now. She can talk but not on a 3 year old level. She has her struggles with different things. But is the most sweetest precious thing you will ever meet. She loves giving hugs and kisses and will win your heart over. She’s our pride and joy. As all parents, we just want help for our daughter – help that could save her life.