MY NAME IS MICHALA. 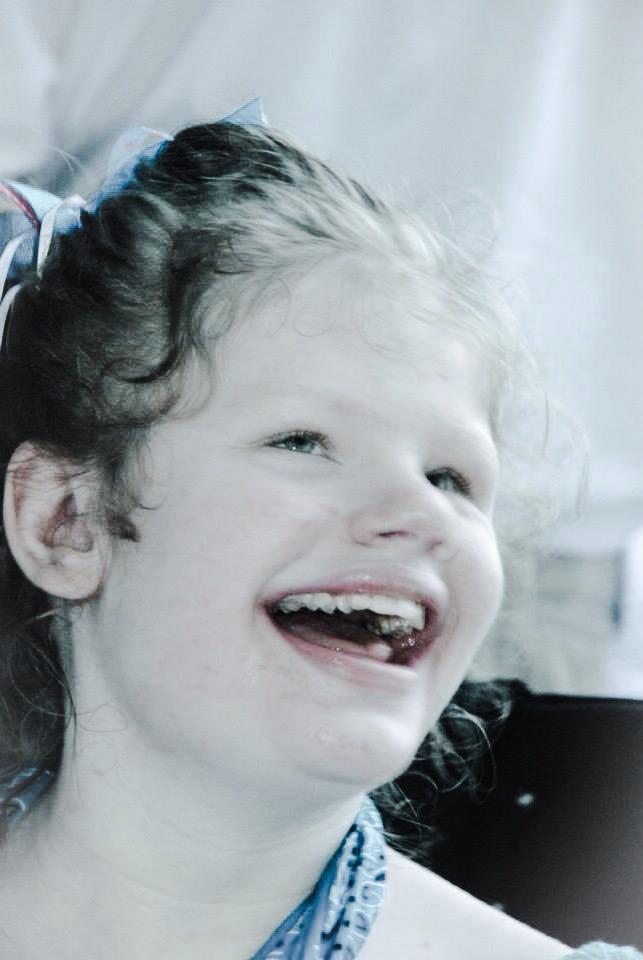 Our daughter Michala had her first seizure when she was 3 weeks old. The next morning we took her to Children’s Healthcare of Atlanta for her first EEG. We were told she was indeed having seizures and she was started on Phenobarbital. For days we couldn’t get her to wake up because she was so sedated from the medication. Within a week she began having infantile spasms. Most of her day was filled with hundreds of seizures.

When she was two months old she had an MRI. We were told that they thought she had Aicardi Syndrome. Later that day the opthamologist confirmed the diagnosis. While she was having pictures taken of her eyes she was having violent seizures.

Michala’s neurologist got her into a drug study in Alabama. We drove her back and forth each week to University of Alabama Birmingham to give her this non FDA approved medication. We knew the risk of trying this medication but in the time Michala had started having seizures she stopped smiling and cooing. We were losing our baby.

Michala continued to have seizures daily. The only time she didn’t was when she was going through chemotherapy for Angiosarcoma cancer, that she was diagnosed with when she was a year old.

As she got older her seizures changed, progressed and continued to get worse. We attempted to help control or decrease the strength and frequency of her seizures by changing doses of her seizure medications and adding new ones.

Michala was having 6-8 seizures lasting from 15-60 minutes each. After each seizure she was unable to function. They interrupted her day. She also had 20 plus startle seizures each day. Though they were very brief they were quick and violent and could cause injury.

We have exhausted all FDA approved seizure medications. In March of 2014 we began trying to get Michala and her brother Abe into a study trial for Epidiolex. This is a form of CBD that they are trying to get approved by the FDA. We were told that neither of them would qualify for the study but we continued to try.

On July 28, 2014, our 6 year old son Abe passed away from a seizure. Our attempts to get him help failed like the attempts to pass HB 885. As we were waiting to hear if Michala would be accepted into a different Epidiolex study at NYU we started the process to move to Colorado to get her medical cannabis oil. Once we were denied for the NYU study we continued on with our move.

On November 7, 2014, our daughter Mary Elizabeth passed away. Now it would be even harder to leave our family, friends, church and support system. As hard as it was to move from the home where we were born and raised we knew it was the best chance Michala had.

We started Michala on medical cannabis oil on December 1, 2014. It has been life changing for her and for us. Sharing this journey with our family and friends via pictures, email and video is nice but to be able to be in our home state of Georgia would be wonderful. We are praying for HB 1 to pass in 2015 and be able to bring our family home.