MY NAME IS EMILY. 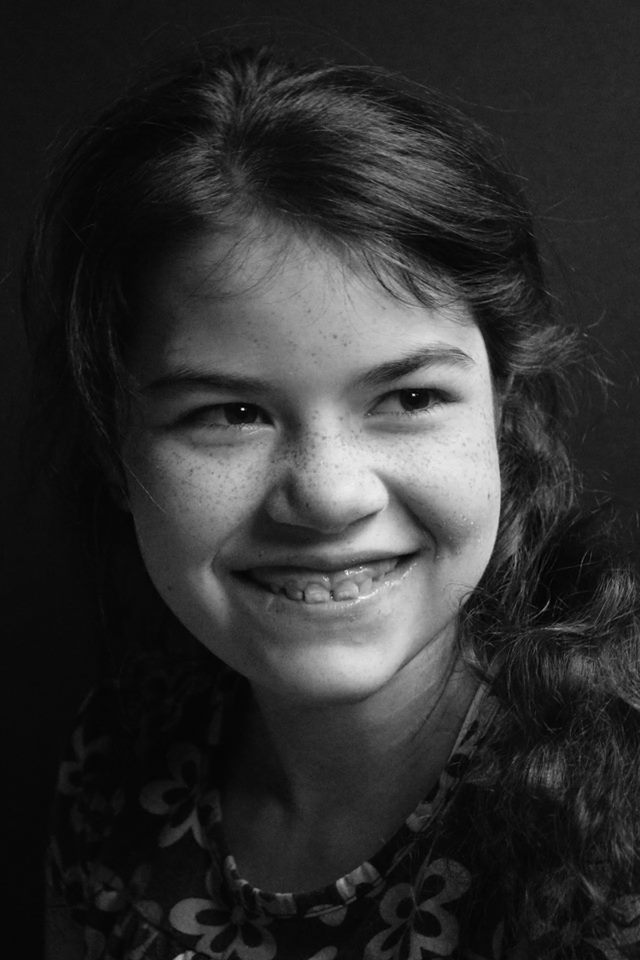 This is Emily King. She is 14 years old and likes doing many of the things that other teenagers enjoy. She loves to watch videos, ride her bike, ride roller coasters, go to the beach and eating junk food. She like many teenagers sleeps a lot, but this is not by choice, it is a side effect to her seizure medications. Emily has always been a joyful girl, full of life and energy – but the daily seizures that she has had since she was 10 months old continues to rob her each day.
Emily’s seizures started off very slight, so much so that she wasn’t actually diagnosed with Epilepsy until she was 14 months old. Thus began our search for a way to stop her seizures. After five months on one medication and she just continued to worsen, we sought a second opinion and they changed the diagnoses to Infantile Spasms. We were very hopeful to see her seizures decrease while on a daily steroid injection, but toward the end of the three month treatment her seizures ramped back up again. So the merry-go-round of medications and medication combinations began. At the age of three we tried the Ketogenic diet, which left her in a lethargic state staring at the TV. We had a device called a VNS surgically implanted into her chest which sends electrical signals to her brain. In 2006 her seizures changed from generalized (which means that they spread too rapidly and a focal point can’t be detected) to clonic-tonic. This gave us hope that a lobectomy was a possible option. So under her doctor’s recommendation we proceeded towards brain surgery. They weren’t able to do a lobectomy, because she has too many hot spots and it wouldn’t have proven effective. So we continue to try different drugs, drugs that we have to sign medical waivers for that we won’t sue the hospital or doctor should she go develop aplastic anemia or die. In 2008, we are at the end of options available to us and the doctor’s recommend a partial corpus callostomny. After much prayer, we decide to put Emily through this procedure. But after a honeymoon period of several months her seizures return. In 2011, her doctor suggests another medication to try, a non FDA approved drug called Onfi (it is now FDA approved). Emily has been on Onfi for 3 years and she has had the best seizure reduction in her life, but at a high cost.
The side effects of Emily’s current medications are causing a toll on her body. She has been more physically sick, with a weaker immune system, and has been hospitalized twice in the past two years related to sickness and not seizures. She suffers from chronic constipation and needs regular interventions to help her have a bowel movement. She sleeps up to 18 hours a day because she is so drugged from the three different seizure medications that she is currently taking. And at times during the past two years her appetite has dramatically declined.
Years ago Emily’s neurologist told us that we had a choice between seizure control and having our child in a drugged and sedated state. This is not a choice that anyone should be forced to make. This is not quality of life.
As Emily’s parents we have followed all of the recommendations of Emily’s doctor’s and these haven’t worked to stop her seizures. We want to have the choice to use medial cannabis to treat Emily’s daily seizures (which she currently has 7-10 a day). We want to enable Emily to have the best quality of life possible, as any parent would, so that she can enjoy life to the fullest extent possible. And we want to have the choice to provide Emily with medical cannabis in our home state of Georgia. We don’t want to move away from the support system that has surrounded Emily for most of her life. Our desire is to stay in GA and for GA lawmakers to boldly change the law to allow medical cannabis in GA.