MY NAME IS BROOKE. 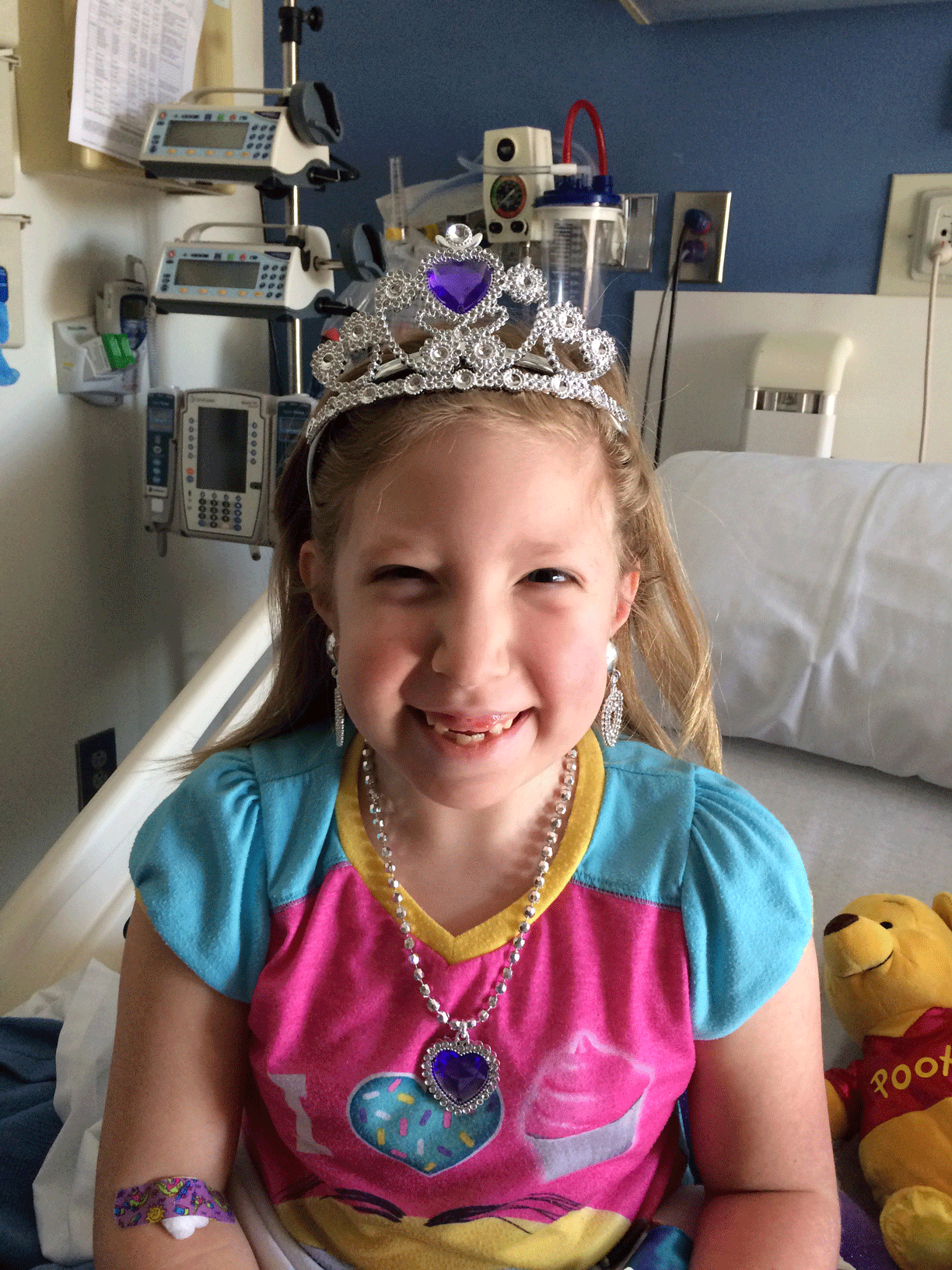 Brooke is a smart and beautiful girl like her Mother and funny and witty like her Daddy. She loves to play and knows no strangers. She was at the top of her class in 1st grade and loved to go to school to learn and play with her friends.
In May of 2013 I received a call from school that I needed to come and check on Brooke.
They stated that she had a seizure, I remember getting a little mad and asking WHAT makes you think it was a seizure. They filled me in as I was already in route for the very fast 3 minute drive to school. She did in deed have a seizure and 2 more to follow over the next 2 weeks. We quickly searched the best doctors in GA in that time to take care of Brooke. They put her on the best FDA approved drug to address her epilepsy. Then we came to terms in May with the devastating news that our 6 year old had epilepsy and how tough that was going to be for us all, little did we know.
She went the next 3 months seizure free. On September 12th 2013 we put her to bed as always. We went up an hour later to check on her to find her in a seizure, for how long we will never know. From that point on things were never the same. We quickly learned that there are many many forms of epilepsy and what we thought was devastating news of a generalized epilepsy diagnosis in hindsight would be a blessing. We spent the rest of September raising her meds and adding new ones with no success. Then on October 1st she started to seize every 30 minutes. She was admitted to the hospital and spent nearly the whole month of October there. They ran test after test and tried med after med with no success.  I believe the count at that point got as high as 9 FDA approved drugs that DID NOT WORK.
We then received the news of a serious form of epilepsy known as Lennox Gastaut Syndrome. As we learned of the news we reached out to the universe and quickly educated ourselves as to options for our little girl. We learned of Medical Cannabis from Colorado and how a lot of families were having success with treating seizures. In December 2013 we booked a trip to Colorado and put the plan in motion to try this option should the need arise. As we learned there was a waitlist so we put this in place as the doctors scared the hell out of us. We would not be able to receive this medicine until October 2014. We figured better safe than sorry and if we need it, it would be there for us.
Sally and I knew that the Drs just got it wrong and it wouldn’t be needed. As we moved closer to 2014 we learned of a lot of GA families that were struggling with these decisions and their fight to legalize it in GA. I joined the fight and watched a lot of desperate and brave families fight the system and try and provide this option in the state they call home. I WATCHED as it passed day after day and got the support that it needed only to have it be denied that one faithful day in January of 2014. We were all on pins and needles at 11:30 pm that night hoping and praying that they will get it right. They got it wrong…
We knew that the system failed us but we still had hope that Brooke was just a tough case and that all this wouldn’t be needed. We visit more of the top epilepsy doctors in GA and watched as they ALL scratched their heads and shrugged their shoulders as to what exactly is going on with Brooke. We still have no official diagnosis. We don’t blame the doctors as we learned that the brain is a very tricky thing. What we do blame is that they would rather pump her full of these “FDA approved horrible drugs” with many and very bad side effects and turn their head at a natural option that may help. It certainly can’t hurt after all she has been through.
We watched our now 7 year old have over a hundred seizures a week from October 2013 on knowing there was one more option out there that we just couldn’t get our hands on.
In October of 2014 almost to the day a year later Brooke went into a constant state of seizures that we couldn’t stop. She was again admitted into the hospital and we watched as they repeated the same protocol as they did a year ago and scratched their heads and shrugged their shoulders again.
When we came out of the hospital we quickly put the plan in motion to relocate to Colorado. Thank God we had the support of family, friends my employers’ and strangers to assist us in this huge move. We could not allow any more time go by and not try and give our girl some relief, we couldn’t stomach another failed legislative session with people who have no idea what it’s like to watch your kid seize. So on December 15th we relocated our entire family to Colorado, we left everything we knew and loved in GA. Our family, friends and support system. Our son Nick attended Kindergarten thru 6thgrade at the same school with the same friends. As time went on even he a (12 year old) saw the failure in the system and asked if it will help her why don’t we just move?????
We hope to one day be able to return BUT Brooke’s health and safety are number 1….