MY NAME IS AVA. 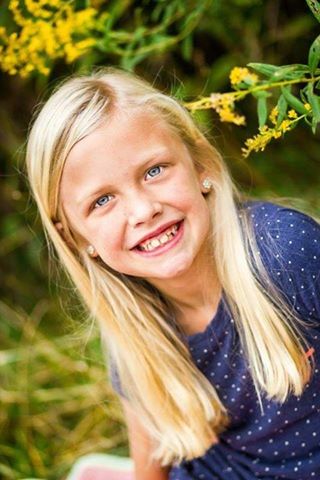 I love how this photo captured our Ava, our sweet, sensitive, gorgeous girl. The one we see from time to time. The one not ‘under the influence’ of her daily anti-seizure meds. This is what I want for her for EVERY DAY.
Ava is eight years old.  Her first seizure was when she was three years old.  Up until this point Ava was progressing ahead of her peers and we were in denial that there could be ‘something wrong’ with our child.  The same day as her first EEG she was diagnosed with Epilepsy and began medication.  Then a different medication, then another…. and another….  She was referred to Duke University Hospital for treatment.  Ava was diagnosed with brain dysplasia, a condition that causes epileptic seizures. We spent two  weeks inpatient at Duke University Hospital for testing to determine if Ava was a candidate for brain surgery. The tests revealed Ava’s seizures were coming from too many different parts of her brain to make surgery a viable option.
We had an EEG done this fall in Atlanta and as I was sitting there with Ava for an hour, I never saw anything. The doctor called later with results and said Ava was having seizures the entire time we were there.  Ava has since been diagnosed with intractable epilepsy which means anti seizure medications are unlikely to help her see seizure free days. Ava is now on her seventh medication to control the seizures and it’s not working. The hold-out hope for Ava is cannabis oil. It’s illegal in Georgia.
Can you imagine me sitting here talking to you and your brain is constantly checking in and out? You only hear every other word that I say so you have to try to piece it together.  This is Ava’s daily life.
We not only worry about Ava’s seizures, we worry about the side effects of her current medications.
There are pages upon pages of side effects for the current drugs Ava is taking.  We’ve researched for possible side effects of CBD oil – the list of side effects for it is a blank page.
There’s always a chance side effects will show up, but based on what I’ve seen there is not as much uncertainty about cannabis oil as there is certainty of the side effects from other drugs that Ava and thousands of other children in Georgia are having to take.