OUR NAMES ARE ARES AND APOLLO. 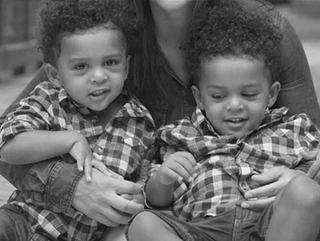 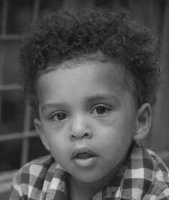 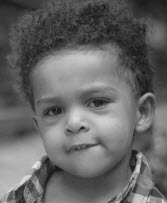 THIS IS OUR STORY.

Ares and Apollo are identical two year old boys. They came into the world at 35 weeks and 3 days of gestation ready to be in the world kicking and screaming both weighing in at 6 lb 7 oz.(exactly the same measurements). They were perfectly happy and healthy little boys.

On the day of their 6 month immunizations we took them to the doctors office for what was hoped to be just another day of things to do as a new parent. Their immunizations occurred at 4:30 pm and mom went back to work as dad stays with the boys. Dad called mom at 7:30 pm to tell mom something weird was going on with Ares. He called the ambulance and we headed to Scottish rite for what seemed to be ‘just a seizure’. When the seizure wouldn’t stop they decided that they needed to put him into a coma to stop the seizure from continuing. This would mean that he would be on a ventilator and gone in terms of consciousness. Meanwhile Apollo was in the waiting room with mom and dad and around 10:00 pm began seizing as well. His seizure also wouldn’t stop and we were left with two little 6 month babies in comas on ventilators. They did EEG’s, spinal taps, MRI’s… all of the things to decide if there was a root cause for the seizures. After nothing was found we were told to avoid a particular immunization to help with the ‘allergic reaction’ that the boys had and we were told babies have febrile seizures and that they should grow out of what they had gone through.

As a family we chose to try and move forward in hopes that this was in fact a febrile seizure that isn’t abnormal for babies to have. About two months later the boys were having some weird twitching motions when getting in and out of the bathtub – what we know now were absence seizures that would cause the boys to stop crawling instantly, collapse and finally vomit. The final straw was when Apollo got into our heated pool and he was playing crazy and then without any warning went into a tonic clonic seizure which he came out of roughly 10 minutes later.

We went to our pediatrician and she immediately told us to get into the neurologist. When the neurologist saw the boys, they were not showing clinical signs of any serious epileptic syndrome so we were told that they may grow out of it and were given a medicine called Keppra to help with them having the seizures frequently. We were going to get the genetic test in hopes of eliminating what they could have, but the results turned out much differently than expected.

We received the Dravet Syndrome diagnosis in March of 2014 for Ares and soon after did the test for Apollo which only confirmed that they were identical twins and they had the exact same mutation of the SCN1A gene. This diagnosis helped give some relief, but also told us that our boys were not going to grow out of what they have and that what we were living as normal could change at any second due to change in seizures. Ares and Apollo went around 4 months seizure free from March to July, but since they turned two in August the seizures have come back with a vengeance and we have now added Onfi which is a highly addictive drug to their regimen of meds that they are given. We have gone 8 days seizure free at the longest from August to December with many days consisting of either one or both having a seizure requiring emergency meds.

Ares has had 4 severe status epileptic seizures since his 6 month immunizations in which each time he has had to be put on a ventilator and Apollo 2 times.

We have been fortunate that we are somewhat ahead of the syndrome, but the affects of the medications that our sons are on are keeping them from being able to speak fully and socialize properly. Not only do we have to worry about seizures, but we also have to deal with the fact that our children have fits due to the Keppra and Onfi in which they bang their heads on the ground without reason. They don’t stay focused and we have to constantly work at keeping them fully on track. The fact that we had to add Onfi is terrifying for us because our children are on something that is highly addictive so we live with the guilt and worry that if one day we discover that is just not working what will we do.

We have family throughout the country and many people who would take us in if we needed to become refugees. We have decided that for now we will wait for Georgia to do what is right. We are residents of Fulton county and live just on the border of Alpharetta/Milton.

We HOPE that someday with additional options for medical treatment that someday the cheers that we hear from the surrounding high schools will be our boys playing on the football field.